New York designer Betsey Johnson has built her long-standing career in fashion by following her own set of rules. Known for her celebration of the exuberant, the embellished, and the over the top, Betsey has been rocking the fashion industry with her unique and original designs since the 1960’s. Her commitment to remain true to her one-of-a-kind vision has afforded Betsey continued success in an industry known for its fickleness. Her ability to change with the times while keeping her designs pure has not gone unnoticed. At the 1999 CFDA Awards, Betsey was presented The Timeless Talent Award created especially for her, which recognized her influence on fashion throughout her career.

Betsey was born in Connecticut and spent her childhood in dance classes. Her aspirations to be a dancer and her love for costumes laid the foundation for Betsey’s creativity and inspiration, which is still evident in her designs today. In 1964, Betsey officially entered the New York fashion scene by winning Mademoiselle magazine’s “Guest Editor Contest.” One year later, she landed the top designer position for Paraphernalia, a clothing boutique that at the time housed the hottest young London designers, including Mary Quant and Paco Rabanne, among others. What would soon become known as Betsey’s trademark look began its formulations here: sexy silhouettes, hippie inspired flowing fabrics, whimsical detailing and, most importantly, a fabulous fit.

Now firmly part of what was considered the “Youth Quake,” Betsey soon found herself in the unforgettable 1960’s Warhol scene. Edie Sedgwick was her house model, while the Velvet Underground’s John Cale took to wearing her designs both on-stage and off. In 1969, Betsey began her foray into retail by opening a new boutique called Betsey Bunki Nini. Directly following the opening store Betsey was offered a job from Alvin Duskin in San Francisco and thus began living a bi-coastal life for the remaining years of the 60’s.

Along with the new decade came new career opportunities for Betsey and in the early 1970’s, she came into creative control of the label Alley Cat, a label which set the trends for the 70’s rock n’ roll clothing, with bohemian and ethnic styles. In 1972, along with Halston, Betsey won the coveted Coty Award becoming the youngest designer to ever receive the honor.

After a decade of designing for other labels, Betsey decided to make a dramatic change in her life and in 1978, she formed a partnership with Chantal Bacon and started the Betsey Johnson label, as it is known today. Designing for herself allowed Betsey the creative freedom to execute her vision to its fullest potential. The same year Betsey and Chantal launched their first retail store in the heart of Soho. In the early 80’s, they were one of the first to open a store on Melrose Avenue in Los Angeles, helping the street to gain its worldwide recognition as one of the best shopping areas of the 1980’s. Today there are over sixty-five Betsey Johnson stores worldwide. International expansion came in 1998 with the opening of the wildly popular London store. In 1999 the Vancouver store opened marking the company’s first move into Canada, where there are now four locations in various provinces. In September 2006, the first Betsey Johnson store opened in Japan. Betsey Johnson clothing is also available in better department stores as well as in specialty stores throughout the United States and numerous countries around the world.

The year 2003 marked some exciting licensing endeavors for the company, taking Betsey’s signature prints and whimsy to new audiences with categories including handbags and lingerie. She continued this trend and has since added footwear, belts, eyewear, watches, jewelry, swimwear, legwear, outerwear and a fragrance thus effectively emerging as not only a clothing designer but a top American Lifestyle brand.

In late 2002, Betsey was honored with an induction into the Fashion Walk of Fame, honoring her contribution to American fashion. A bronze and granite plaque containing an original sketch, signature and biography was embedded into Seventh Avenue sidewalk in early 2003. In March 2005, the Signature Awards and NAWBO-NYC committee honored Betsey with the 2005 Lifetime Achievement Award. And following that, Betsey received the Lifetime Achievement Award from the Accessories Council in November 2005. Betsey Johnson was also honored with the Designer of the Year Award at the annual Fashion Accessories Benefit Ball (FABB) in May 2007 and was recently honored with the National Arts Club Medal of Honor for Lifetime Achievement in Fashion in October 2009.

A survivor of breast cancer, Betsey continues to be a strong advocate in the fight against the disease, making public appearances, participating in numerous fund raising events and creating one-of-a-kind items that have been auctioned off to raise funds for many charities. In 2003, the CFDA asked her to be an Honorary Chairperson for the Fashion Targets Breast Cancer initiative, which she graciously accepted. In April of 2004, she was awarded another honor by the National Breast Cancer Coalition (NBCC) for her continuous fight against Breast Cancer at a prestigious ceremony hosted by Ron Perelman. In Spring of 04, she teamed up with Geralyn Lucas, the author of the book “Why I Wore Lipstick...to my Mastectomy,” designing an accompanying t-shirt which was launched in Betsey Johnson stores nationwide in October 2004 at a series of events called “Courage Nights.” Courage Night continued for its second year in October 2005 where CFDA Fashion Targets Breast Cancer and SELF Magazine joined the cause. Johnson continues to support, hosting a charity event each October in her boutiques nationwide and internationally, as well as creating limited edition products from which a portion of the proceeds are donated to various breast cancer related charities.

Betsey Johnson, both the woman and the label, is constantly moving forward and continues to keep a strong foothold in the fashion industry with no signs of letting up anytime soon. Her love of detail and design is evident in everything she does in life and in business. Her enthusiasm, creativity and boundless talent that have kept her at the forefront of fashion for the past 45 years will keep Betsey going for years to come.

“Making clothes involves what I like…color, pattern, shape and movement…I like the everyday process…the people, the pressure, the surprise of seeing the work come alive walking and dancing around on strangers. Like red lipstick on the mouth, my products wake up and brighten and bring the wearer to life…drawing attention to her beauty and specialness…her moods and movements…her dreams and fantasies.” – Betsey Johnson

As one journalist recently quoted, “If Betsey Johnson didn’t exist, we would have to invent her, simply to remind ourselves that fashion can be fun. She’s the original wild child and set to paint the town pink!” 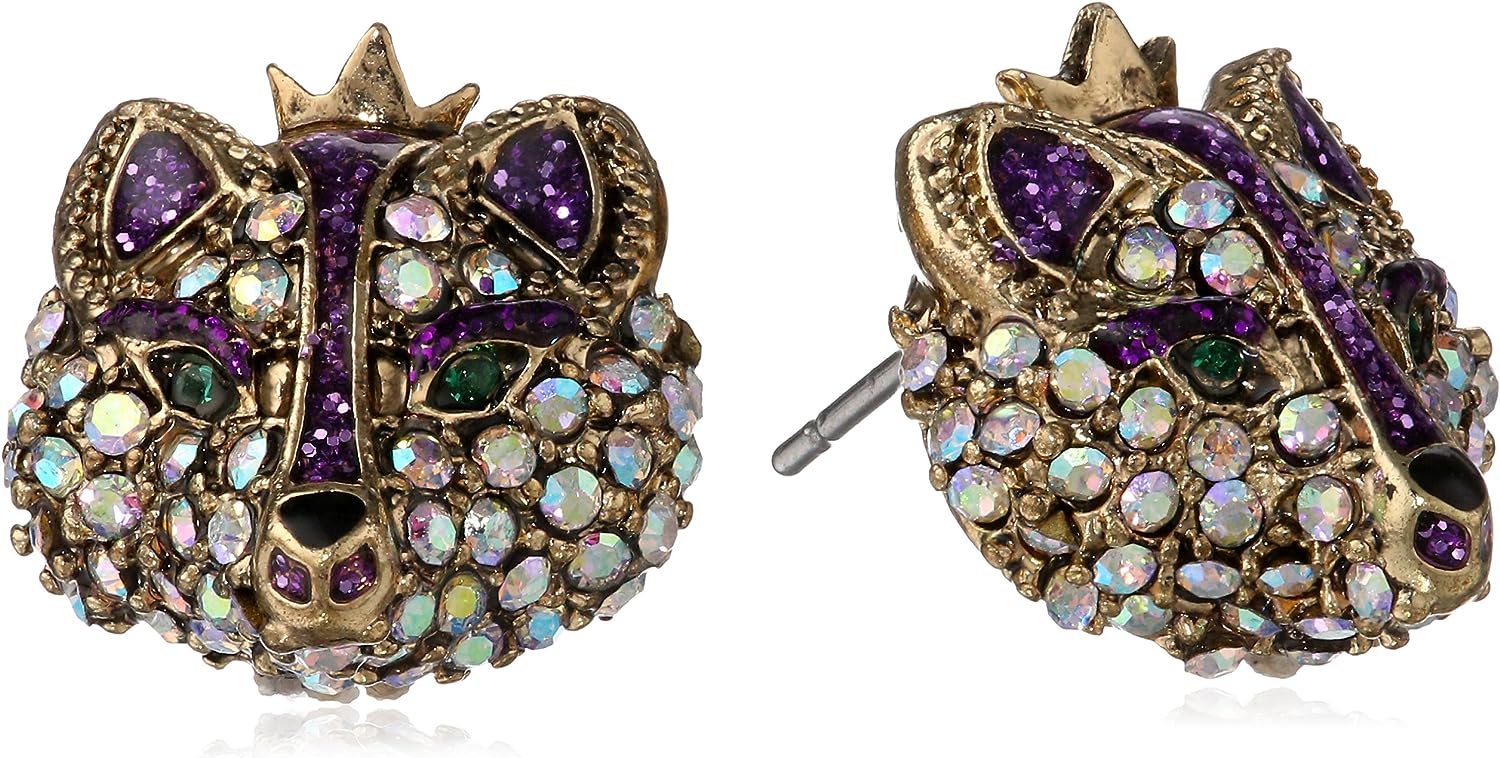 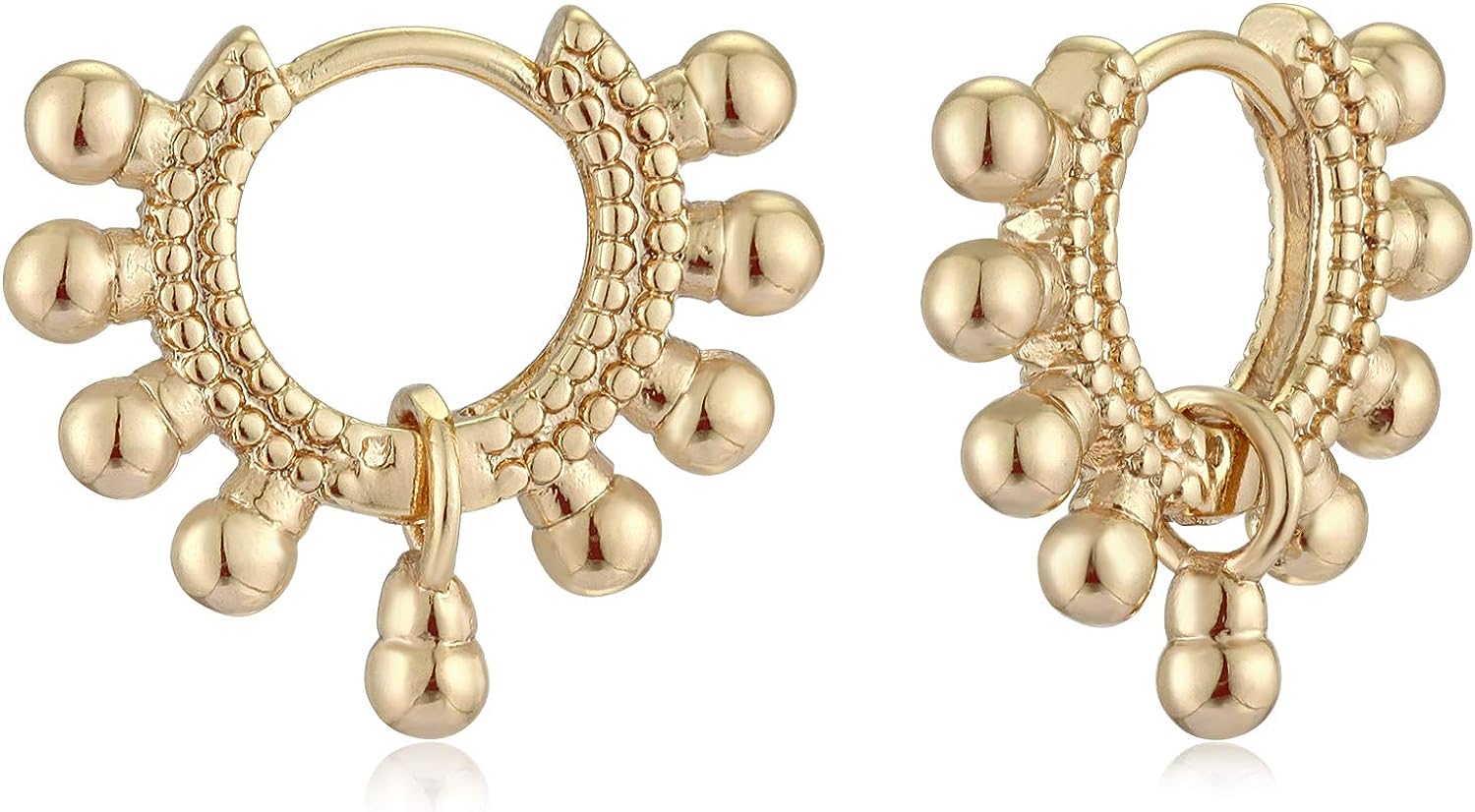 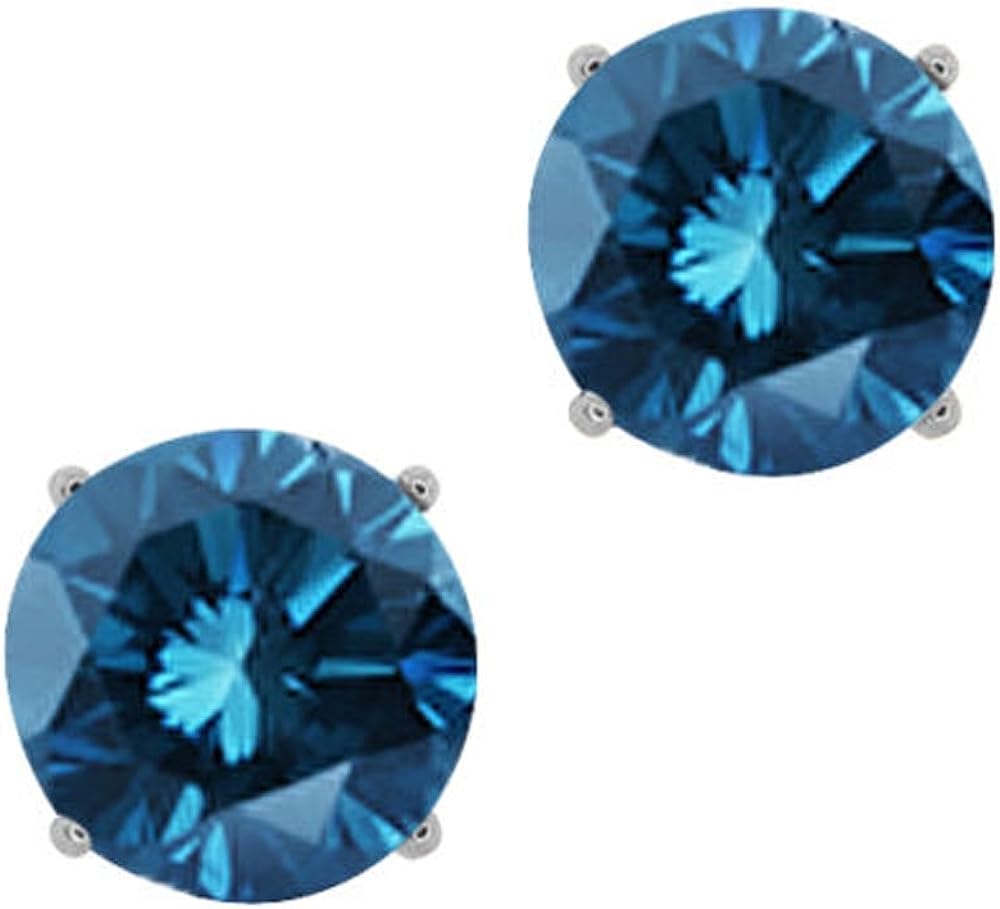 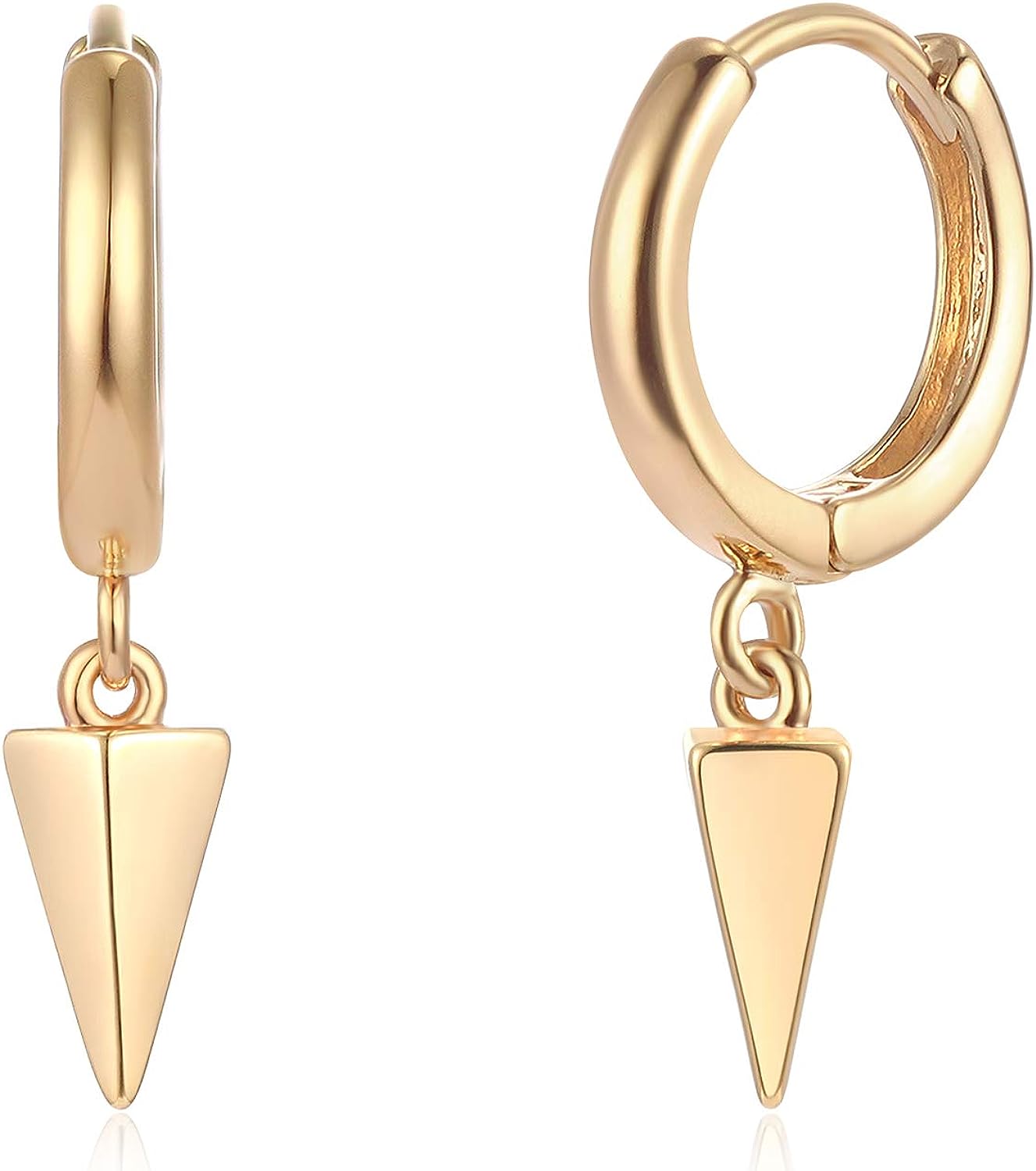 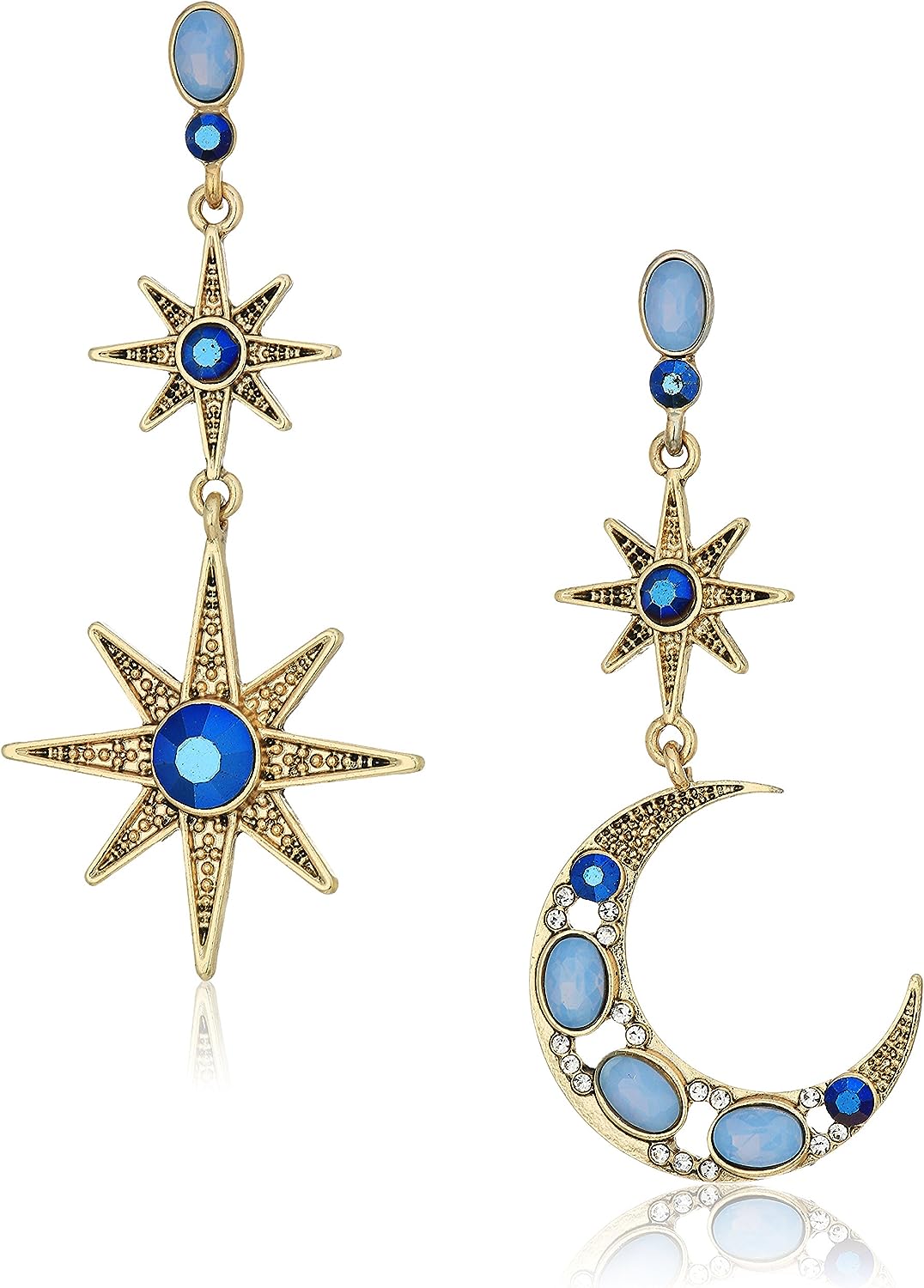